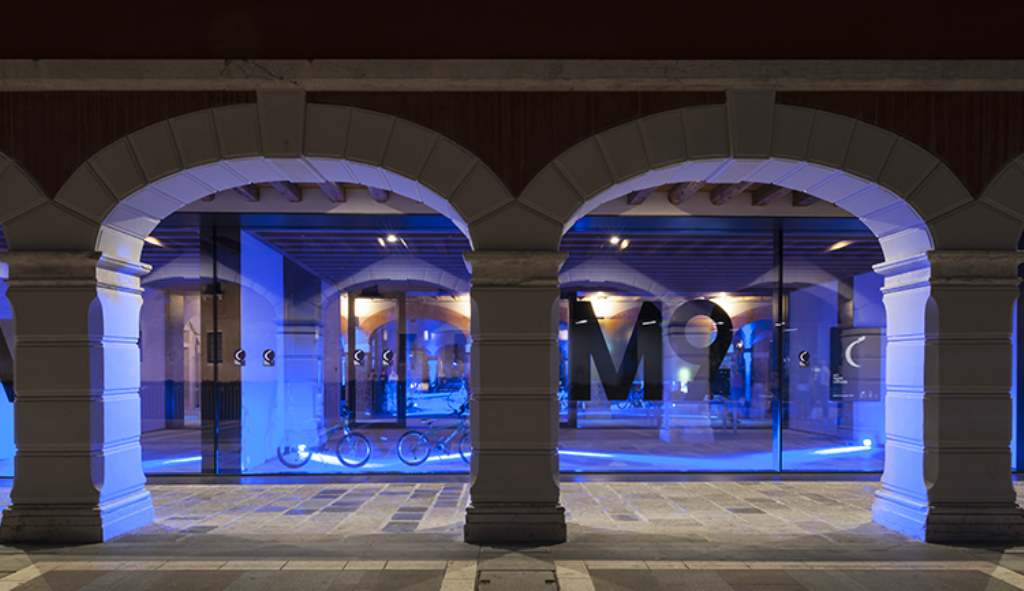 M9 From Colorful Museum to the Smart City

The new museum buildings or new addition for the existing ones were opened in the last few years.

We had the pleasure to enjoy Louvre Abu Dhabi designed by Jean Nouvel with a lattice dome with Surface area 97,000 m² (Opened November 2017). Than VICTORIA & ALBERT Dundee Museum designed by Japanese architect, Kengo Kuma, situated along the banks of the River Tay like a ship (Opening September 2018). At the end of 2018 in December, the M9 museum was inaugurated.

These museums differ on many bases: from their offerings and collections, area, to their architecture.

M9 offers the Italian cultural inheritance of the 20th Century with a multimedia approach.

The new M9 museum stands in a small quarter in the centre of Mestre, near Venice.

It is a major urban-regeneration project being built by the Fondazione di Venezia with a total investment of 110 million euros.

Fondazione di Venezia as a Client defined Brief for the design of M9.

The requirement was that the following functions be included in the future building: media centre and auditorium as well as offices, conference centre, retail, restaurants with the gross floor area of 25.600 m². It was expected that the building has to respect the environmental requirements, to be technologically advanced and to addresses energy-consumption issues.

1. Functional organization in line to the brief

The Studio Sauerbruch Hutton (Matthias Sauerbruch and Louisa Hutton) from Berlin won the competition organized 2010 among six prestigious European offices invited. Their design solution is a multifunctional centre that is more than a traditional museum.

The M9 consists of 7 buildings,3 of which newly constructed. Museum functions are incorporated in one of the new buildings.  The public facilities, including a media library, an auditorium, a museum shop and a café are located on the ground floor. The auditorium/cinema is with a 4K screen and 200 seats with VR visors for virtual-reality screenings. On the upper floors are galleries and event spaces.

The roof over the inner courtyard of the former 16th-century convent responds to the new public and retail function, turning the space into a rendezvous and shared space that also hosts major events.

The strong connection between existing and new buildings create a coherent whole and close link with the surrounding.

2. Buildings that fit in the surrounding

Façade of the M9 confirm designer's approach to synthesize the colour in their design process.

The compact façade of the main building was clad with polychrome ceramic tiles (20thousand) in 13 colours. The tiles were placed in an interesting way so that very long façade poses its own dynamism emphasized with the mix of solid and glazed surfaces.

Such facade and its colours contribute that new buildings are connected with the urban context.

3. The energy of the future

Sauerbruch Hutton is also known for its sustainable design solutions. For M9, it proposed cutting-edge structural and M&E solutions to reduce energy requirements.

86 thousand KWH solar energy will be produced annually by 276 photovoltaic panels,63 geothermal probes at a depth of 110. This will cover 100% of heating and 40% of cooling energy.

M9 will be one of the first Italian districts to obtain LEED Gold (Leadership in Energy and Environmental Design) certification.

All buildings within the museum district are interconnected with pedestrian paths paved with trachyte. The buildings together frame a new public square connected with the renovated courtyard of the convent. The route through the block is enlivened at street level by various cafés, restaurants and shops.

Such a design of public spaces, with the new functions, enable new concept and connection of the culture and commercial functions.

The Studio Sauerbruch Hutton firm’s architecture is also known for its technical innovation and environmental sustainability.

They applied the same approach on M9 Museum. They incorporated advanced technology solutions so that services available on shared space are accessible to all: the local population and tourists. 3 digital islands are equipped with interactive and multimedia totems, 3 benches are supplied with USB charging station and Wi-Fi hotspots with free ultra-fast broadband.10 e-bikes with parking and charging points will be available. The new technology  improve services, information, transportation, safety…

The digital-island network will radiate out from M9 across both the mainland and the old city.

I would like to emphasize some of the achievements of the M9 project through design:

With this design solution M9 Museum brings the following benefits to this part of the town:

It is expected that the M9 Museum will become a new cultural destination this year.

The current year will welcome the opening of new museums with new offerings. Some of them are:

National Museum of Qatar, (Doha, Qatar), with surface area 40,000 m², designed by Jean Nouvel will be opened on March 28, 2019.  It will offer visitors an opportunity to explore and learn about the life of the Qatari people from its traditional and historical past to the modern times.

blog comments powered by DISQUS back to top